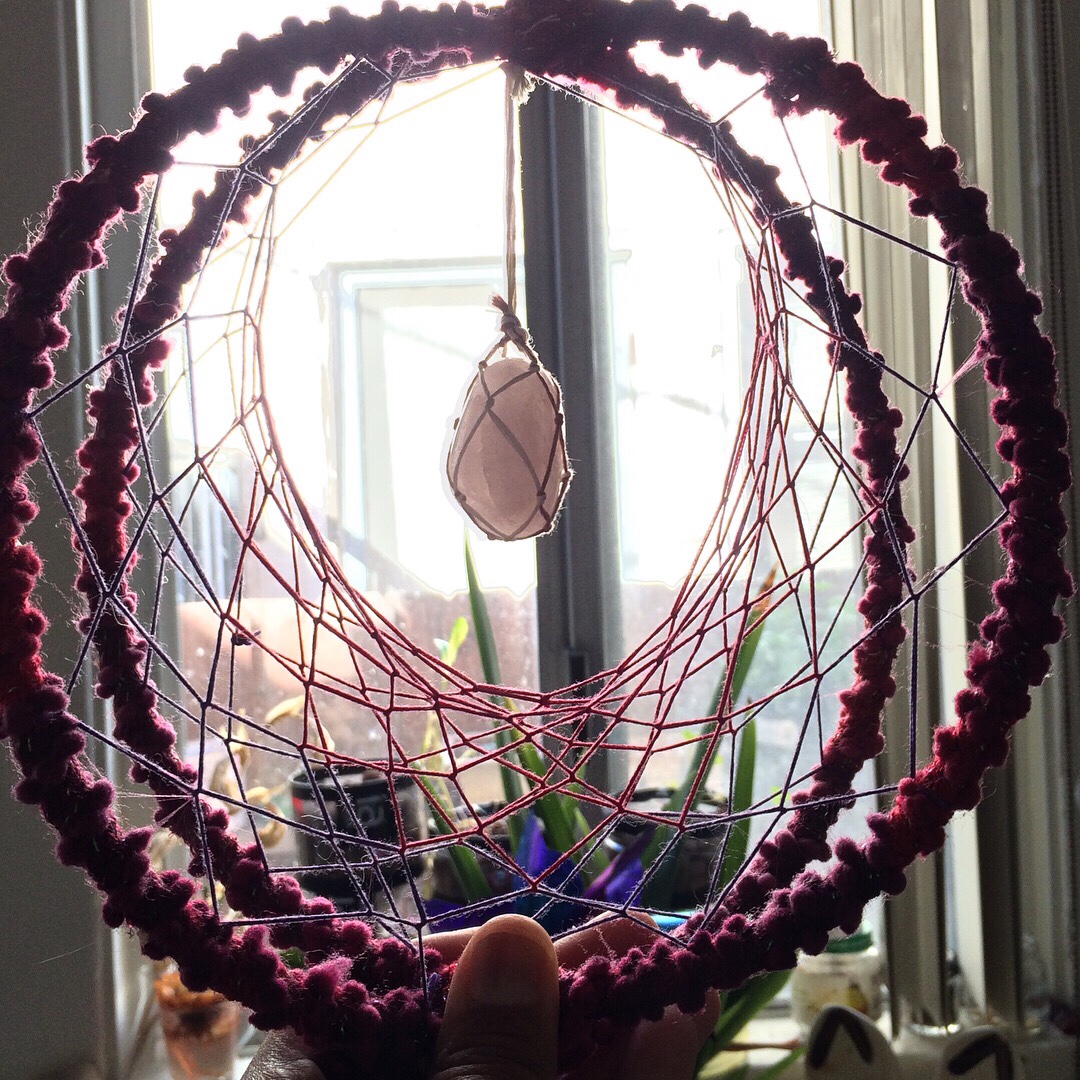 My mind has been so busy since the beginning of this year. It’s a welcomed kind of busy. As an entrepreneur I’m dedicated to spreading the love of magic, health and wellness. I sincerely 100% know that as long as my mind-body-soul are balanced, then I can accomplish amazing things and many physical things will be attracted to me. I’ve been working out my body, my mind has been planning and preparing for Costa Rica, and my soul is feeling all the warm and fuzzies because I’m super charged with my crystals and how my love for them is inspiring others. The new moon in Capricorn has really launched me into the new year with such abundance!

At the end of 2017, I decided to take a leap into another business opportunity and commitment to education. My mind needed something to create, to imagine and manifest… and so it did. My favorite magic ritual resource on you tube, and online and physical store in Torrance, Sage Goddess, had offered an opportunity that I just couldn’t pass up. There was no question that this opportunity was presented to me as the result of when I asked “what’s next.” The opportunity was a chance to learn about magic ritual throughout ancient cultures and to earn lifetime commissions off of recommendations. This allows me to have the ability to search for and find the perfect stones and other magical tools for others within the stores huge inventory and earn commissions. Essentially I can build a business around this any way I would like. I see a lot of my mommy friends starting up businesses with companies that have a multi level marketing structure. This is unlike those opportunities because there are no minimum purchasing requirements every month. There is an option to purchase the magical courses which are $60 a month for a year, but education last a lifetime! My goal is to earn commissions to pay for my education and magical tools to share with others. I do have the option to build teams to coach others through their business building, so if interested let me know! The best of it all is that I’m doing something I already do and love. I love crystals, sage and magic!

So it was my daughters approaching birthday and I wanted to upcycle and reuse a lot of materials that I was collecting. I crafted up her decorations for her birthday including a one-of-a-kind dream catcher. I have collected her clothes that were my favorite and I had plenty of crafting supplies laying around. It came out gorgeous! I named it “Wild One”. This dream catcher caught the attention of a lot of people in my network. They have never seen a Dreamcatcher like it before. Strangely enough I’ve never made a Dreamcatcher but found that I was in a trance as I was weaving the Dreamcatcher. The final touch was the addition of a quartz crystal that my daughter picked out herself. I feel that a Dreamcatcher is a great place that a crystal can sit. It’s hung above ones head or bed and the crystal chosen could act as a filter for protection or amplification of dreams. I feel this was a unique feature to the dreamcatcher. I wanted to immediately make another one so I offered to make one for any one in my network who was willing to compensate me for my time and materials.

And so I did. This one was called “Dream of Travel”. I was in a trance again as I crafted the beauty. I added charms and trinkets that I was collecting including an Eiffel Tower. I actually visited Sage Goddess headquarters to go live on Facebook and show everyone the process I go through as I picked the perfect stone. This piece was shipped and received by a very happy friend of mine.

The divine creativity just kept flowing. Others began to inquire about how I could create such a piece for them. My current swim fitness client had asked me to make a pair of dream catchers for her granddaughters. The oldest one likes purple and will soon be a teenager in the following years. And the younger one is four years old and loves unicorns. The two sister dream catchers are completely unique but also share many of the same materials that make it up. Just like blood sisters are made up of each parent. I chose tumbled quartz from my local’s farmer market that had rainbows within the stone. Even though they might’ve not of been from SageGoddess.com, the magical practice is still the same. I finished them and saged each one. I can’t wait for these dream catchers to grow with the girls. I wish them inspiration and creativity with in their lives.

And so the Dreamcatcher chronicles continue. When I set the intention to find magical items it’s like my energy attracts them. I found components for future dream catchers to build for others. I will keep building because it makes me happy. I have chatted with my uncle who practices Native American shamanism him and explain to him what I was doing. He reminded me not to purchase dream catchers from China or Korea in mass markets but to make sure that a Dreamcatcher is made with magical intentions and thoughts. Dream catchers are extremely special and magical and unique to each person. As someone who is proud of my Native California roots, I am honored to be the vessel that the divine creativity flows through to create each piece

I have realized that the myth of the dreamcatcher is not as wide spread since I originally wrote this. Here is an excerpt about what a dreamcatcher does and symbolizes.

In Native American culture, a dreamcatcher is a handmade object based on a hoop (traditionally of willow), incorporating a loose net, and decorated with items unique to the particular dreamcatcher. There is a traditional belief that a dreamcatcher filters a person’s dreams, letting through only the good ones. There are related legends.

While dreamcatchers originated in the Ojibwa Nation, during the Pan-Indian Movement of the 1960s and 1970s they were adopted by Native Americans of a number of different nations. Some consider the dream catcher a symbol of unity among the various Indian Nations, and a general symbol of identification with Native American or First Nations cultures. However, other Native Americans have come to see dream catchers as over-commercialized. Non-Indians have also used the dreamcatcher for their own purposes.

Traditionally, the Ojibwa construct dreamcatchers by tying sinew strands in a web around a small round or tear-shaped frame of willow (in a way roughly similar to their method for making snowshoe webbing). The resulting “dream-catcher”, hung above the bed, is used as a charm to protect sleeping children from nightmares. As dreamcatchers are made of willow and sinew, they are not meant to last forever but are intended to dry out and collapse as the child enters the age of wonderment.

The Ojibwa believe that a dreamcatcher changes a person’s dreams. According to Konrad J. Kaweczynski, “Only good dreams would be allowed to filter through. Bad dreams would stay in the net, disappearing with the light of day.” Good dreams would pass through and slide down the feathers to the sleeper.

Another version from the same article was, “Nightmares pass through the holes and out of the window. The good dreams are trapped in the web, and then slide down the feathers to the sleeping person.”

These conflicting explanations about how a dreamcatcher works may be proof of its antiquity. People keep a symbol because it is traditional, but interpret its meaning in many different ways.

I made one of the best dream catchers to date. This one is titled “Blue Dream” and was commissioned by my swim client. She is a hippie at heart and wears a tie dye and bohemian patterns to our sessions.

Just listed I have these two unfinished dreamcatchers that need a home. They are part of a series of which the hoop is part of a magical linking set of eight rings. I am continuing to explore the different techniques and push my creative limits.

If you would like to see what I have in inventory please reach out to me at bodybyaudri@gmail.com.

You can purchase any high quality energetic stone from Sage Goddess Here.

2 thoughts on “Dreamcatchers🌙☁️✨ Are Catching On”